The Philippine educational system is largely patterned after the American system. The school year starts in June and ends in March with a two-month summer break from April to May, one week of semestral break (every last week of October), and a week or two of Christmas break. The teaching medium in a vast majority of schools is English.

Tertiary schools in the Philippines are either colleges or universities. Colleges are tertiary institutions that typically offer one or a few specialized courses, for example, in Science or in Liberal Arts. Universities, on the other hand, house several constituent colleges or institutes, each offering academic degree programs of a particular type (i.e., college of commerce, college of law, college of dentistry, college of education, etc.).

All tertiary institutions, also called Higher Education Institutions (HEIs), are licensed, controlled, and supervised by the Commission on Higher Education (CHED). Volunteer accrediting organizations such as the Philippine Accrediting Association of Schools, Colleges and Universities (PAASCU) also exist to upgrade the standards of higher education in the Philippines.

Tertiary schooling in the Philippines is more cosmopolitan, with thousands of international students enrolling here, the vast majority of which come from South Korea, the United States, India, Pakistan, and other Southeast Asian countries as well as European countries like Sweden and Italy.

Short-term language courses, such as English courses, may also be availed of in the Philippines.

For a list of Higher Education Institutions in the Philippines, visit www.ched.gov.ph

For information on schools/universities allowed by the Bureau of Immigration to accept foreign students, kindly check with the school or with the Bureauâ€™s Student Desk through the following contact details: 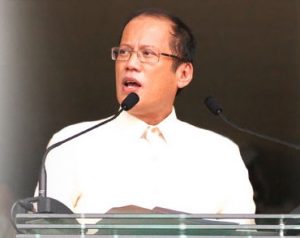